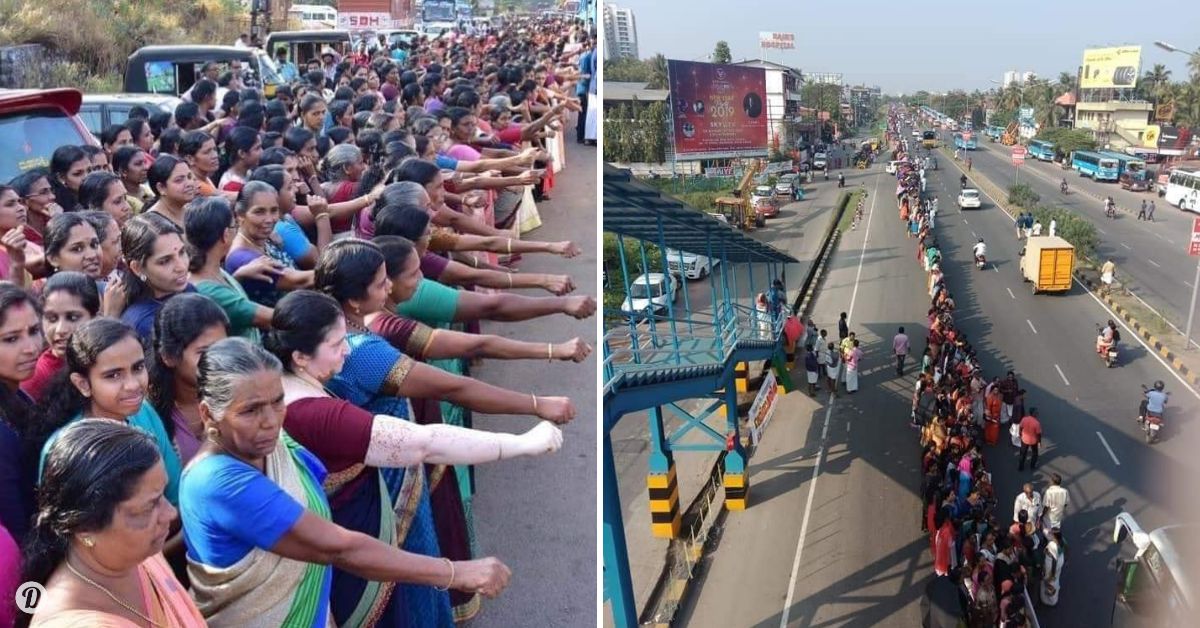 Back in the '80s, there was a big charity event called Hands Across America. The idea was to form a human chain from coast to coast for about 15 on a Sunday in May and have a large chunk of America literally and symbolically united. The trick is, you had to pay $10 for your spot in line, which would go to local charities fighting homelessness and hunger.

It didn't quite work out that way, but 6.5 million people still ponied up their money and held hands with their neighbors all the same. Other than that, you don't see human chains much. The one seen recently in India, however, was downright powerful.

New Year's Day meant something huge to the women in the Indian state of Kerala. 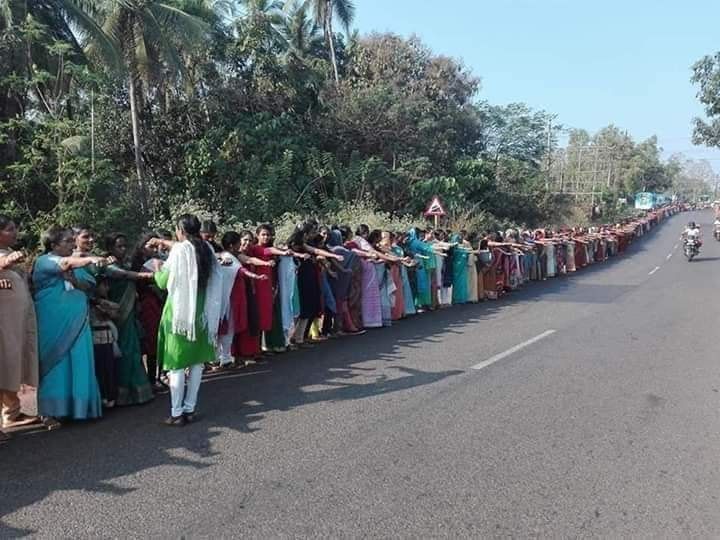 More than five million women there stood shoulder to shoulder, spanning the entire length of the state, a full 385 miles (620 km). The amazing display came as part of a protest over whether women should be allowed into a sacred temple that had previously only admitted men and elderly women.

Historically, the Sabarimala shrine has not allowed women of "menstruating age" inside.

The temple is dedicated to Lord Ayyappa, a deity associated with celibacy, and so women between the ages of 10 and 50, who are seen by some as impure, couldn't enter Sabarimala. A recent court ruling tried to open the doors to women, but its devotees haven't been receptive.

After the court ruling in September, more than a dozen women of "menstruating age" have tried to enter and been turned back. 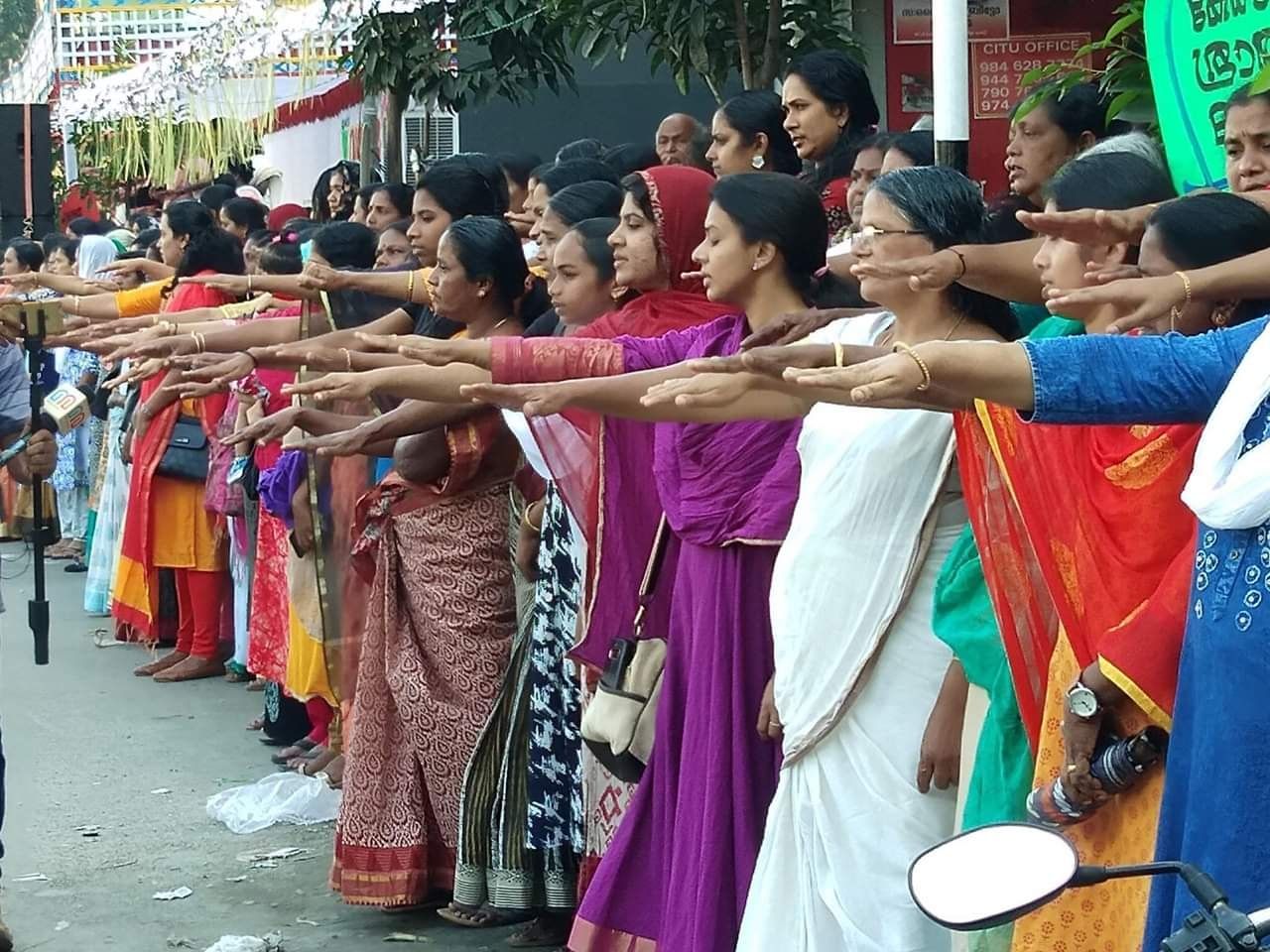 Even reporters, and those with police escorts have been stopped, pushed back, and even stoned by angry mobs of men.

Although the uproar started over religion, and whether a secular institution like the courts should have the right to intervene in faith, the protests have taken on more meaning for women.

Women in India face some of the harshest treatment anywhere in the world. 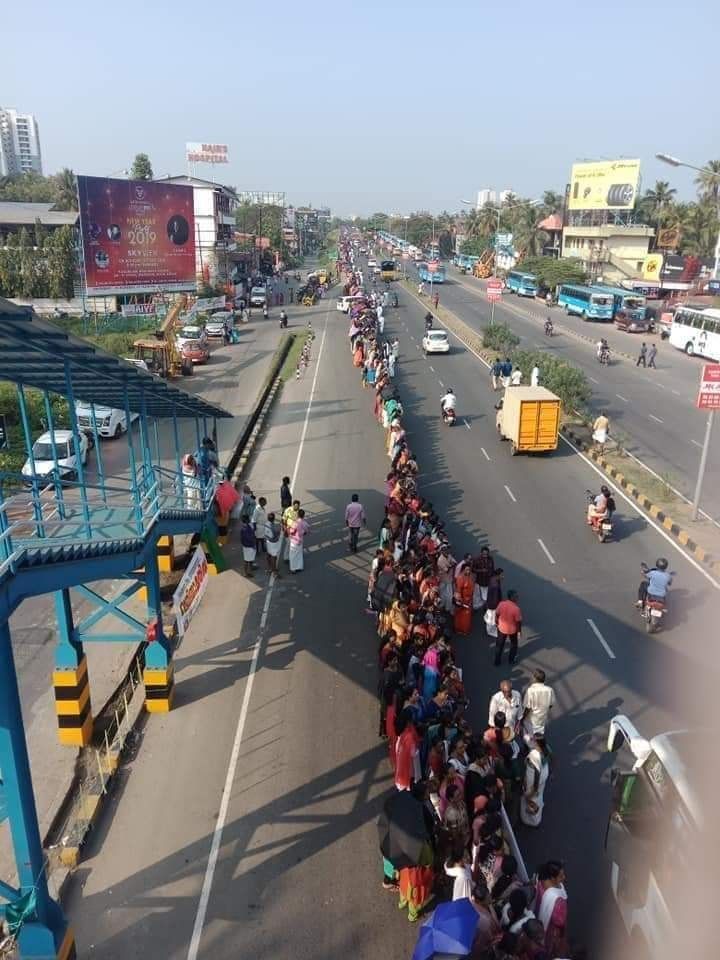 In fact, the Thompson Reuters Foundation named India the #1 most dangerous country for women in 2018 in its annual poll. It topped the poll in three critical areas: "The risk of sexual violence and harassment against women, the danger women face from cultural, tribal and traditional practices, and the country where women are most in danger of human trafficking including forced labour, sex slavery and domestic servitude."

The U.S. ranked 10th in that poll, for the record.

The display of solidarity between Indian women to make that huge human chain is incredibly important. 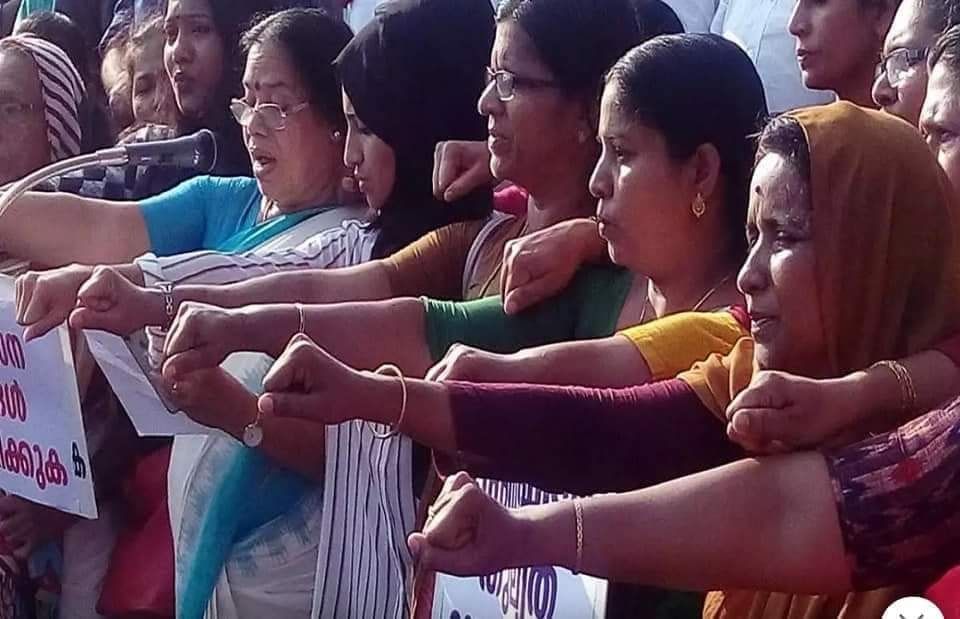 After all, this is a country where the government in one state started issuing wooden bats to newlywed women to help them fight off drunken and abusive husbands.

The organizers of the human chain had only anticipated about three million turning out for the day of protest. 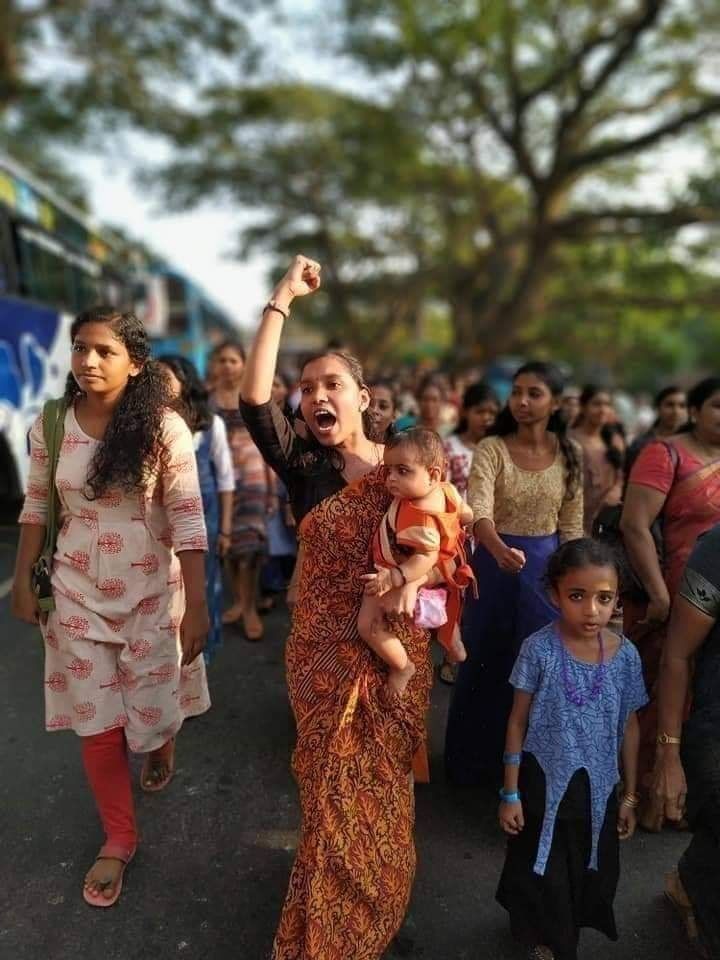 However, two million more than that showed up. And, after the protest, two women did sneak their way into Sabarimala temple and succeeded at praying there. However, when word broke that they had done so, further protests broke out.

The two women are now under police protection. 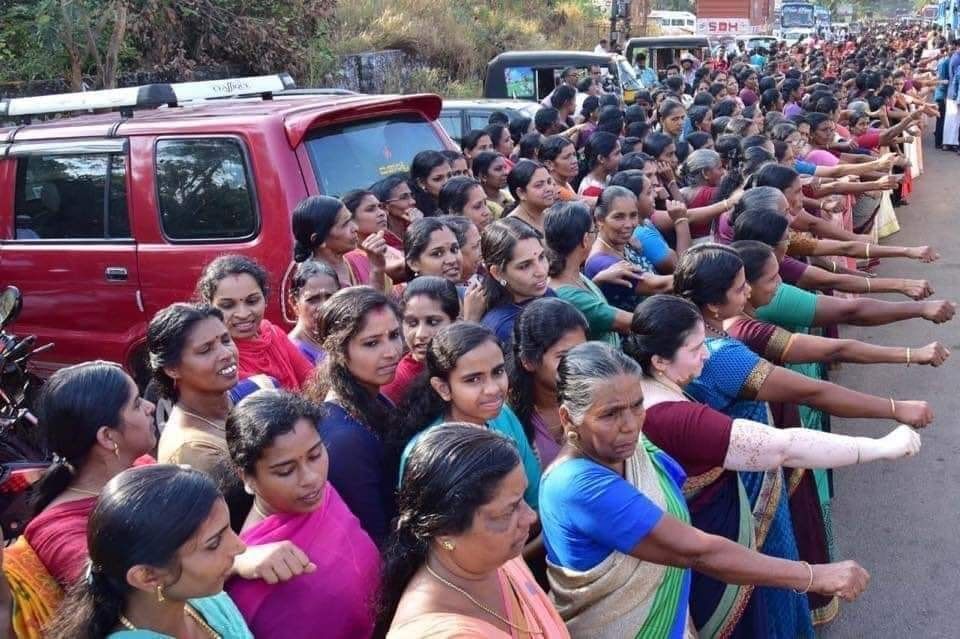 The priests at the temple shut its doors to everyone for an hour to perform "purity rituals" to cleanse the shrine, and devotees took to the streets to protest the women's prayer.

So, gender equality has a long, long way to go in India, but the way women in Kerala stood up for each other is certainly an inspiring signal of a better future.